What Do You Do When You Can't Find an Estate's Heir? 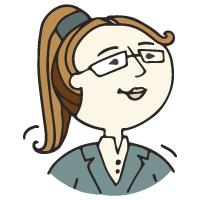 What Do You Do When You Can't Find an Estate's Heir?

If you're handling someone's estate, you probably expect to encounter a few difficulties during the process. However, there is one common problem you might not anticipate: one or more missing heirs.

People often lose touch with their relatives over the years, but when a relative is named in an estate or otherwise has inheritance rights, that can be a nightmare for the executor of the estate. If you don't put enough effort into finding the missing heir, you could end up being sued in the future for your negligence.

How do you handle this problem? Here's what you need to know.

You Have a Duty to Search for the Missing Heir

As the estate's executor, you have to secure the deceased's property and other assets until all of the heirs are located. That may not make you very popular with the heirs that are around, but don't let that sway you from your legal duty.

Some of the most common ways that executors search for an estate's missing heirs include:

Exactly what has to be done to show the court that you have put forth a reasonable effort to locate the missing person and encourage any other heirs to step forward varies by state. Because of this, it is important to understand the rules where you are.

When an Heir Can't Be Located, You Have to Establish a Trust

If your best efforts at locating the missing heir don't produce results, that person's share of the estate has to be placed into a trust for a specific length of time. Again, this will vary according to your state's laws.

The share of the estate that's in the trust can only be distributed to the remaining heirs or the next heir in line when the statutory time limit has elapsed without the missing heir surfacing. In some cases, that may mean figuring out who has the right to the assets or money that you're keeping in trust which can be complicated.

Working through probate when there's a missing heir is a complicated undertaking that most people don't want to handle on their own. If you decide that it's more than you can manage, talk to a probate lawyer like G  Steven McKonly, PC for help.